Alaska fishing opportunities abound at Bearclaw Lodge in Bristol Bay. Located on the shores of Lake Aleknagik, this Bristol Bay lodge offers freshwater fishing in the rivers, lakes and creeks within the productive Wood River system, as well as epic flyouts to the Nushagak River to target king, chum and silver salmon.

The season kicks off in mid-June with anglers targeting Arctic char, rainbow trout, Arctic grayling, northern pike, as well as king, chum and sockeye salmon. Three of the highlights in this time period are targeting large Arctic char on smolt patterns at the mouth of the Agulowak River, catching sockeye salmon while wade angling on the mainstem Agulowak, and battling mighty king salmon on the Nushagak River. Bearclaw Lodge is able to offer varied Alaska fishing packages because they have multiple locations that offer Bristol Bay fishing; Bearclaw Lodge on Lake Aleknagik and Alaska Kingfishers on the lower Nushagak River, which is primarily a king salmon camp.

One of the interesting and special elements of the Bearclaw Lodge fishing program is the ability to hike and wade fish many different creeks in the system. Some require an arduous hike of up to five miles, while others are easily conquered after a mild one-mile excursion. These trips combine stunning scenery, an ability to see a diversity of fisheries, and the ability to wade and angle to some of Alaska’s most beautiful fish.

By the third week in July, anglers visiting Bearclaw Lodge will be treated to the season’s best dry fly fishing for Arctic grayling and rainbow trout. Last year’s salmon carcasses are gone, smolt have migrated out and are heading to the sea, and this year’s sockeye have not started to drop eggs. This is a special time in Alaska when resident fish are looking up. In addition to dries, including mice, streamers and nymphs are effective.

By the beginning of August, Bearclaw Lodge’s Alaska fishing program continues to include targeting resident fish which include rainbow trout, Dolly Varden char, and Arctic grayling on dries, streamers, nymphs and now beads, and broadens to include silver salmon on the menu. Silvers are acrobatic, hard-fighting salmon, and can be caught using spinners, spoons, jigs and streamers. The season ends for this Bristol Bay fishing lodge as resident fish are mostly caught on bead patterns and silver salmon can still be caught on lures and flies. You can check out our blog to find more up to date fishing reports.

A typical day begins with breakfast at 8 am, departing by 8:30 am, fishing all day and enjoying lunch on the water, and returning back to the lodge by 5:30 pm for appetizers with dinner being served about 6:30 pm.

On the mainstem Wak, guests can target sockeye salmon. These fish are pound-for-pound the strongest fighting salmon in Alaska. The Wood-Tikchik system hosts annual sockeye returns in excess of a million salmon, with several hundred thousand destined for the Wak. Anglers wade and fish with either fly or conventional gear using sparsely tied flies to catch sockeye (aka red salmon) as they migrate upriver. Succulent fillets and bent rods are often the results. Anglers can also target rainbow trout and Arctic grayling. The 4-mile Wak is jammed full of trout, as well as grayling, presenting anglers with many opportunities to land fish.

Part of Bearclaw’s Alaska fishing package includes an optional flyout to the Agulukpak (Pak) River, located within the heart of the Wood-Tikchik system. This short river of about two miles is home to both rainbow trout and Arctic grayling. Both resident species can be caught on dry flies, nymphs and streamers. 6-weight fly rods and floating line are appropriate. Common and useful dry fly patterns include Royal Coachman, Parachute Adams, Stimulators, in sizes 12 to 18. Popular and effective nymph patterns include zebra midges, Prince nymphs, beadhead nymphs, Hare’s Ear, etc., also in sizes 12 to 18. It’s thrilling when a large rainbow trout explodes on a dry fly or smashes a dead-drifted nymph and races into your backing.

Fly anglers who plan on targeting king salmon ought to come prepared with a 10-weight or larger, and be prepared to swing streamers and nymph big egg patterns. It’s wise to come armed with a range of sinking lines, as well as a floating line, so as to be best able to swing flies in a range of depths and current speeds. Water level, color, temperature and the strength of the salmon run effect where fly anglers can catch kings. To really be prepared, a 200 to 500-grain shooting head with interchangeable sink tips would give an angler a range of options and presentation abilities.

For either the gear or fly angler, chum salmon are numerous in the Nushagak River and can be caught on gear or flies. They are aggressive biters, and fight as hard as any salmon that swims. This will be one of the species of salmon to add to your target list when you come to the Nushagak. There’s not too many chums in the Nush that can ignore a pink streamer, spoon or spinner on the swing.

A final component of the Bearclaw Lodge Alaska fishing package is a trip into Lake Nerka – the second lake in this system – for a scenic trip to view and hike a waterfall that comes out of the side of a mountain. Nearby is a small tributary that holds char and grayling. During a normal year, guests who visit this location will be awed by the ice cave that is usually present through mid-July.

From mid-June through mid-September, anglers can target a range of species while drift fishing from a boat in the Wood River. Mid-June through mid-July anglers are able to target sockeye salmon, rainbow trout, Arctic char and grayling. As mid-July comes around the focus is primarily on rainbow trout and grayling. From mid-June through the first of August, salmon have not started dropping eggs, so anglers will offer dry flies, nymphs, and streamers to trout, grayling and char. From August through mid-September anglers target rainbow trout, grayling, and Dolly Varden on bead patterns behind spawning salmon. Silver salmon begin to arrive at the beginning of this period and remain strong throughout. In addition to throwing hardware, including spinners, spoons, and twitching jigs, fly anglers can also present streamers to snappy coho.

Look below for a historical seasonal perspective when each fish species is present.

Anglers fishing from Bearclaw, and enjoying all that this Bristol Bay lodge has to offer, can fish for Arctic char using smolt patterns on both fly and conventional gear. This is a unique opportunity to catch these vividly colored piscatorial icons of the north, and some of these specimens can reach large proportions. Angling is done at the mouth of the Agulowak River (locally known as the Wak) where it meets Lake Aleknagik.

This time period offers the best chances of catching rainbow trout and Arctic grayling on dry flies. Imagine a 20-inch, heavily spotted, red-banded native rainbow trout rising to inhale a size 16 Parachute Adams. Often trout and grayling will go airborne and miss the fly; the adrenaline rush from watching it happen is more than worth the price of admission. Arctic grayling are also willing biters on topwater flies, and anglers from around the world will revel in the fish’s oversized dorsal fin and iridescent blue-green scales.

Here’s the rundown on the Alaska fishing packages offered during this time period from this Bristol Bay fishing lodge:

This time period offers a wide range of options. The Wak and Pak are fishing well, and the Nushagak is in the transition period between kings and silvers. Either or both may be available depending on the year. Tributaries of Lake Aleknagik begin to hold fish as salmon filter into the tribs and start to drop eggs. That being the case, resident fish begin to target salmon spawn, so can be targeted with beads or other egg patterns. The diversity in Bearclaw’s Alaska fishing package is one of the interesting things that draws anglers interested in Bristol Bay fishing.

During this time period the Alaska fishing package offered by Bearclaw Lodge includes the following:

Silver salmon begin to filter into the Wood River, adding that to the destination for Bearclaw Lodge bound anglers. In addition to throwing lures or presenting flies to newly minted coho, lucky anglers will also get to fish for rainbow trout, grayling and dollies. Nushagak silvers are going strong as well. Pike remain willing to eat anything cast in their direction, while resident species are enjoying an aquatic smorgasbord so that dries, nymphs, streamers, mice and beads will all get their attention. Lake Aleknagik and Lake Nerka tributaries are all fishing well, while the Wak and Pak rainbows and grayling are getting fatter by the day.

Trout, char and grayling grow heavier through the season as they digest the food needed to add fat to their reserves for the long winter ahead. This time of year, resident fish will really begin to key in on salmon spawn, but won’t resist something that looks like an easy meal. That said, be prepared for the transition, but still expect the chance to land a trout on a streamer, nymph and dry. Coho salmon will be in prime shape, and will put up a battle on either lure or fly. The usual assortment of streamers is effective, and in a range of colors to include pink, chartreuse, black, purple and orange. In Alaska, when in doubt, tie on an ESL (egg sucking leech). Spinners like the Blue Fox Vibrax, Mepps Aglia, Kodiak Custom Silicone Skirt, and Panther Martin Salmon and Steelhead Hammered, and spoons like the Eppinger Dardevle, Blue Fox Pixee, and Acme Kastmaster will all draw strikes from aggressive silvers.

Bearclaw Lodge targets six tributaries at this time of year:

There’s a varied and interesting array of species on the menu during the last two weeks of August. Tributaries that drain into Lake Aleknagik can hold silver salmon, rainbow trout, Arctic grayling, Arctic char and Dolly Varden char. The Wood River is productive; anglers can target silvers, grayling, trout and char. Both the Pak and the Wak continue to fish well, while anglers bound for the Nushagak should experience respectable silver fishing and not many other anglers. Guests of Bearclaw Lodge who want to experience a tributary hike during this time of year can travel to Amakuk Bay in Second Lake, and take a scenic hike to a waterfall followed up with a fishing excursion to target char and grayling in a nearby tributary.

The primary locations available to anglers participating in this Alaska fishing package include:

Guests who are fishing at this Bristol Bay lodge during the last two weeks of August will typically experience the following:

Bearclaw Lodge provides all the rods and tackle needed to catch all the fish mentioned above. For those who want to bring their own equipment, here’s a breakdown of rods, reels and line: 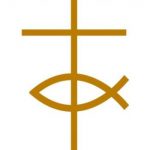